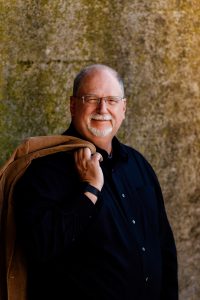 Thomas White graduated from West Holmes High School in 1974. As a good Buckeye, Thomas attended The Ohio State University receiving his Bachelor of Arts in Political Science (Majoring in Comparative European Politics and Minoring in German) in 1978.

In 1981, he graduated from Ohio State’s Law School having been active in the Appellate Advocacy Team. From 1981 to 1986 he served as an Assistant Prosecuting Attorney and an attorney in private practice. His practice focused on civil and divorce litigation. In 1986, at the age of 30, he was appointed and then elected Prosecuting Attorney of Holmes County, Ohio. For the next three years, he was responsible for prosecuting serious crimes and was the lawyer for county and township officials and boards.

In May 1989, Thomas was appointed and subsequently elected four times as the Judge of the Holmes County Court of Common Pleas General Trial and Domestic Relations Divisions serving over 20 years until January 2010. On a daily basis, he heard cases involving serious crimes, civil litigation and divorce. Since February 2010, Thomas has retired as judge and has a private legal and mediation practice based in his home in Millersburg, Ohio. He has been admitted to the Ohio Bar, the Bar of the United States District Court for the Northern District of Ohio and the Bar of the United States Supreme Court. Thomas has completed the mediation training required by the Ohio Supreme Court to receive referrals from General Trial, Domestic Relations and Juvenile Courts. (Supt.R. 16).

He has served as an Adjunct Professor of Law for the University of Akron, and has taught for Ohio Judicial College, the Missouri Circuit Courts, the German Judicial College and the Supreme Constitutional Court of Ukraine. He is a Fellow of the U.S. Department of Justice’s ASTAR (Advanced Scientific Training and Research) Program in Forensic Science.